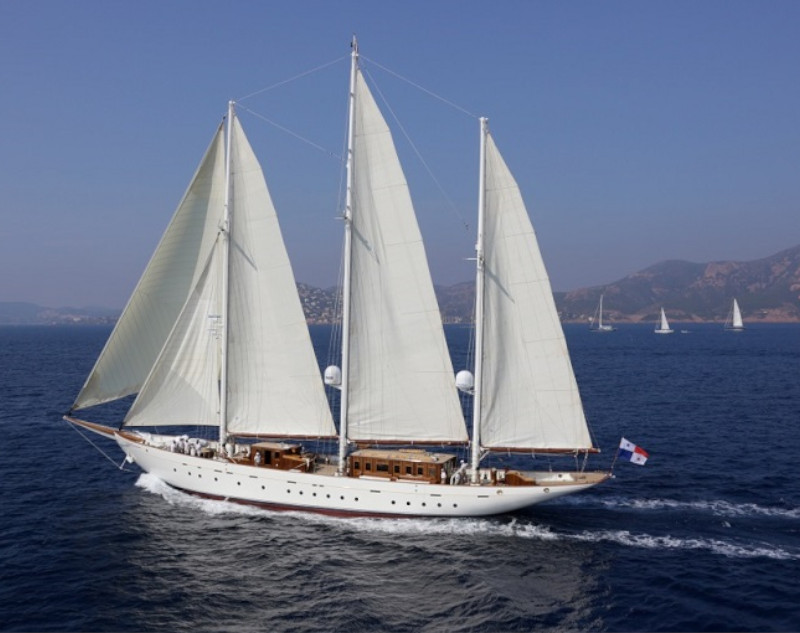 Reform of the governance system of a sailboat with history

All projects are important, but when the work is done for a legend of the sea, everything becomes more interesting.

This is the case of the reform of the government system that Freire Shipyard asked us to carry out on the Xarifa sailboat. The objective of the work carried out by Nuñéz Vigo was to improve the response in maneuver, mainly during sailing. The sailboat still had the original servotimón driven by an endless screw. This was replaced by a split yoke with double acting cylinders and rear supports.

History of the Xarifa sailboat

The Xarifa, which is Greek for 'lovely lady', is a schooner built in 1927 at the JS White & Co shipyard on the island of Wright (UK). This three-masted boat with a length of 50 meters was commissioned by the sailor Franklin Morse Singer. Son of the famous manufacturer of sewing machines and Isabella Eugenie Boyer, the model that the sculptor Auguste Bartholdi was inspired to make the Statue of Liberty.

There have been several owners and many anecdotes passed. From British press magnate Edward Mauger, Belgian businessman Louis Empain, who crossed the Atlantic on several occasions aboard the sailboat, to scientist Hans Hass, navigating the Pacific and Indian Oceans as a research vessel.

In 1939 the sailboat was renamed Captain in memory of Christopher Columbus. Performing the routes of the discoverer in the Atlantic, his adventure would be collected in a work called Admiral of the Ocean Sea (1943) that was awarded the first Pulitzer Prize.

In 1960 the yacht was acquired by the Italian billionaire Carlo Traglio. Thus becoming the scene of numerous diplomatic meetings and jet set parties. He even appeared in various Orson Welles and Jeanne Moreau films.

Since 2012 the ship belongs to the company Vibrant Shipping & Corp.

Technical details of the project

In order to carry out the replacement and reform of the government system, due to the limited space available, a reform of the roof had to be carried out. This consisted of moving the area of the rear supports of the cylinders. To do this, reinforcements had to be added to the existing structure in addition to a piece of L-shaped roof.

For the installation of the new servo rim, it was necessary to carry out an “in situ” machining of the bit and make a new keyway. All fitting work was done on the ship itself. We also carry out all the hydraulic piping necessary for the new equipment.

The existing oil-hydraulic plant was also modified to adapt it to the needs of the new installed equipment. Likewise, an emergency directional orbitrol for servo management was included. In this case, orbitrole was also required by the customer for its use in sailing. 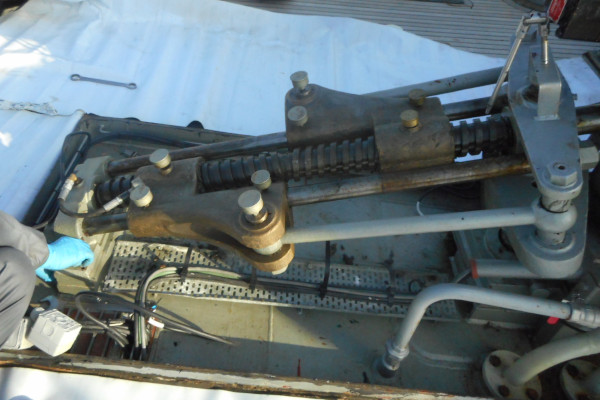 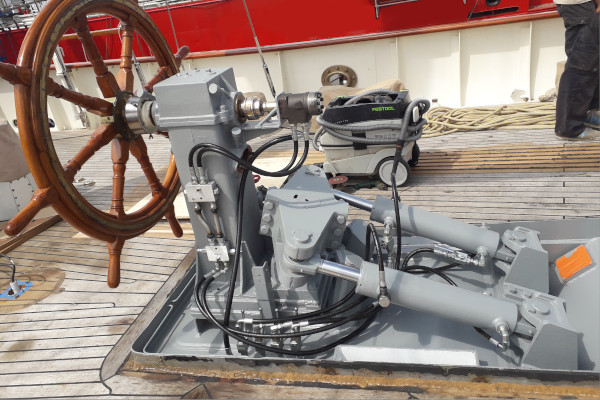